About 5,000 Iranian supporters of the opposition party, the National Council of Resistance of Iran, take part in a demonstration outside the European Council headquarters, during a meeting of EU foreign ministers, in Brussels, Belgium, on November 7, 2005. The protesters called for tougher EU policies towards the Iranian regime as the European Union considered a request by Iran to resume negotiations over the country's nuclear program. (Photo © Jock Fistick) 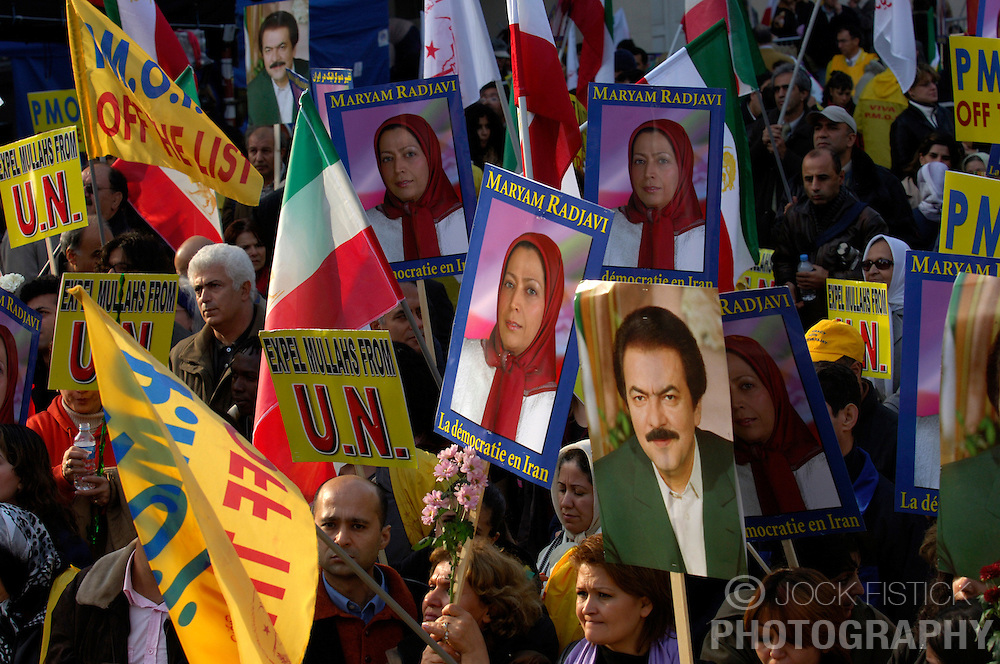