DHARAMSALA, INDIA - Monks at the Namgyal Monastery participate in an exercise called "Debating" where one monk drives.home his point by aggressively claping his hands in the face of his audience. The listening monks must show restraint as they make their counterpoint. The focus of cultural life in Dharamsala is the Namgyal Monastery, the tantric college which performs rituals with and for His Holiness the Dalai Lama. The Namgyal Monastery was founded by the Third Dalai Lama in the late sixteenth century. Since then, the monastery has exclusively served the Dalai Lamas. A distinctive feature of this monastery is its diversity of practice: prayers and rituals of all the major schools of Tibetan Buddhism are performed by Namgyal monks. The monastery is now situated next to the Tsuglag Khang, or the Central Cathedral, across from the Dalai Lama's residence. Young monks can often be seen studying, and practicing debate in the courtyard leading to His Holiness' residence. At present, the monastery has more than 180 monks, of which the younger monks study the major texts of Buddhist Sutra and Tantra.(PHOTO © JOCK FISTICK) 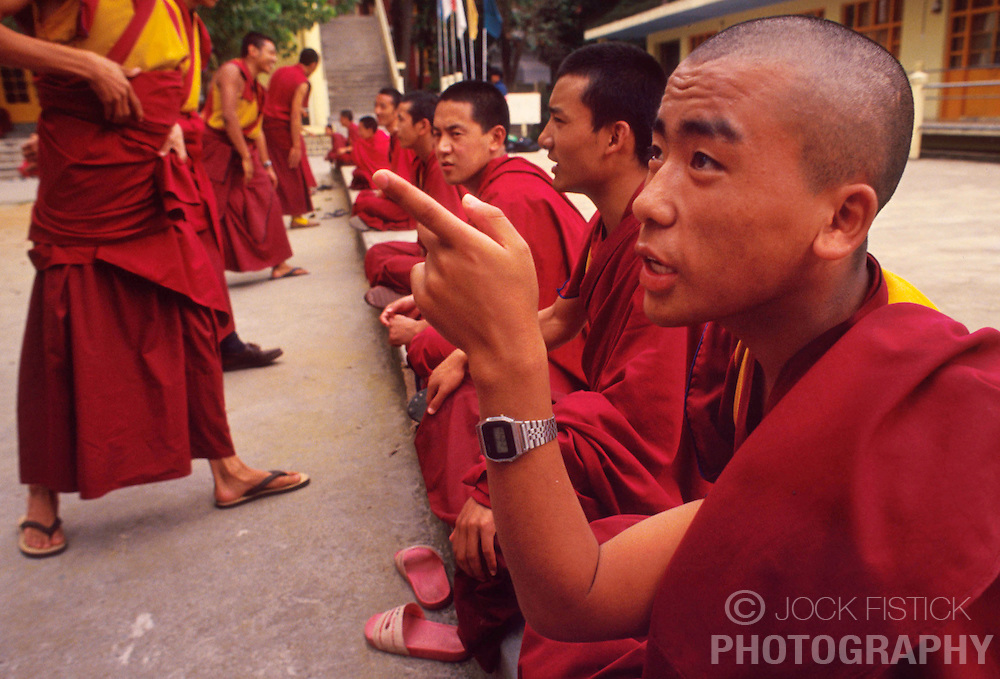