Dom Joly films "In Search of Tintin" in Brussels, Belgium, Wednesday, Jan. 6, 2010. The television special will be broadcast on Channel 4 in the UK in March 2010. Dominic John "Dom" Joly is a British television comedian and journalist. He came to note as the star of Trigger Happy TV, a hidden camera show that was sold to over seventy countries worldwide. Since then, Joly has continued to make edgy off-beat television like World Shut Your Mouth for BBC1 and Dom Joly's Happy Hour, a spoof travel show for Sky One. Joly is also an author with several books to his name, and an award-winning travel writer for both the Sunday Times and the Mail On Sunday. He writes several regular columns for various UK nationals and periodicals including a weekly sports column for The Independent and an eclectic weekly column for the Independent on Sunday. (Photo © Jock Fistick) 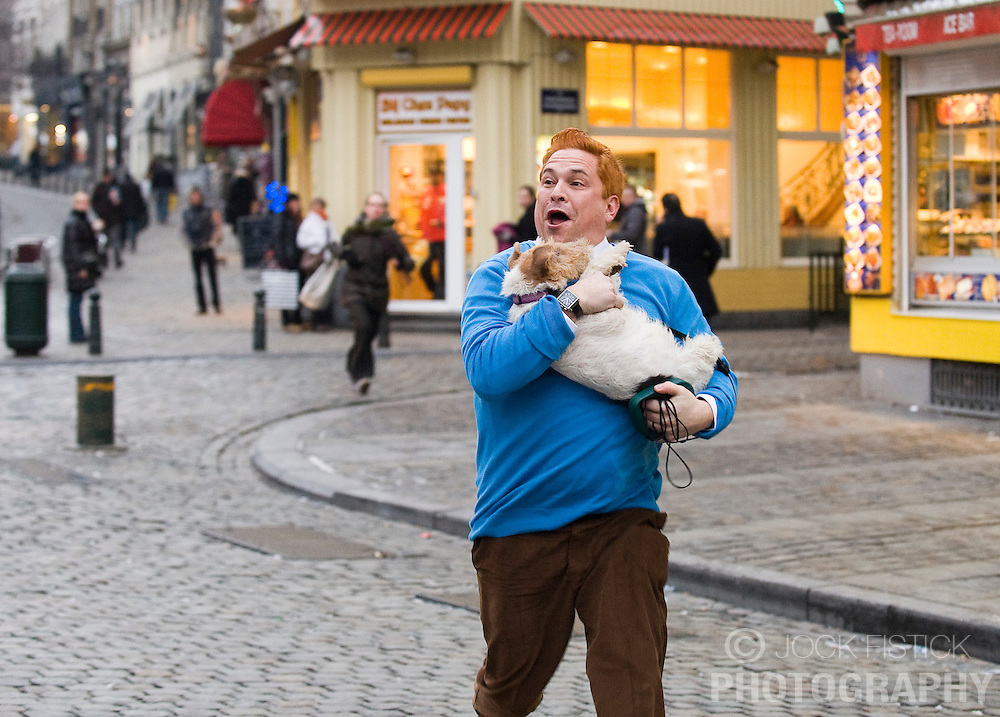