VROUWENPOLDER, NETHERLANDS - NOV-2-2005 - Nico Poortvliet, officer of the Dutch transport ministry, is a civil engineer who is involved with the never ending task of protecting the Netherlands from the sea. The Eastern Scheldt Storm Surge Barrier is the Netherlands main defense against flood waters from the North Sea. The Netherlands, situated on the North Sea at the delta of three major rivers, the Rhine, the Mass and the Scheldt, is a country wrested from the sea. After a series of major floods, the last occurring in 1953, the Dutch government implemented the Delta Project. This ambitious hydraulic engineering project which spanned 15 years, closed off the the main tidal estuaries and inlets in the southwestern part of the Netherlands, with the exception of those giving access to the Ports of Rotterdam and Antwerp. According to Poortvliet, the storm surge that caused the 1953 flood, would not even reach the caution level on the current storm surge barrier. (PHOTO © JOCK FISTICK) 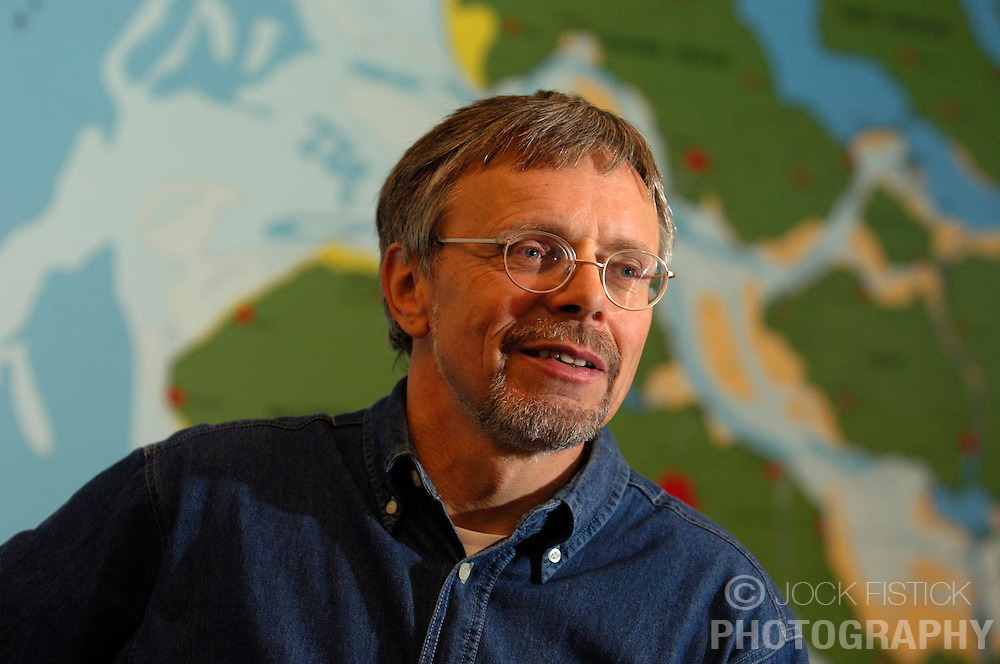