BLANKENBERGE, BELGIUM - NOVEMBER 9, 2001 - The German cargo ship "Heinrich Behrmann", was beached by heavy seas after losing power to the main engine late Thursday night at Blankenberge. The ship was heading for the port at Zeebrugge from Ireland, and was carrying dry cargo, none of which was hazardous. The salvage company Unie Van Redding - En Sleepdienst N.V. was hired to free the ship. Three unsuccessful attempts were made Friday, the second attempt resulted in the injury of two workers when tug boat cables snapped. The beached ship has attracted the attention of curious tourists. (Photo © Jock Fistick) 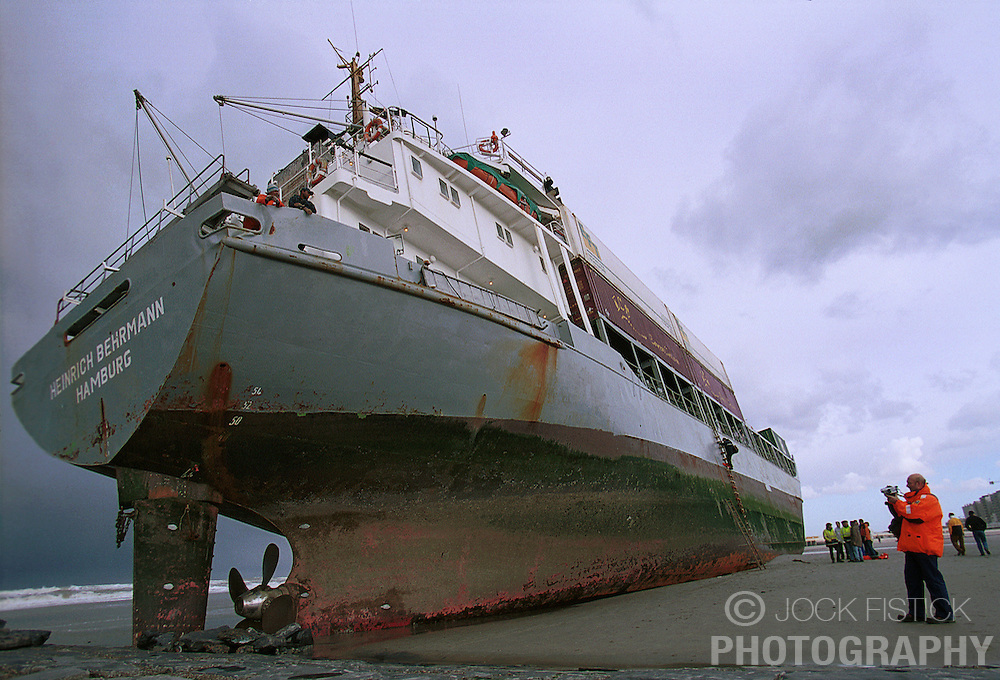